NYLA Annual Conference: Everything You Need to Know 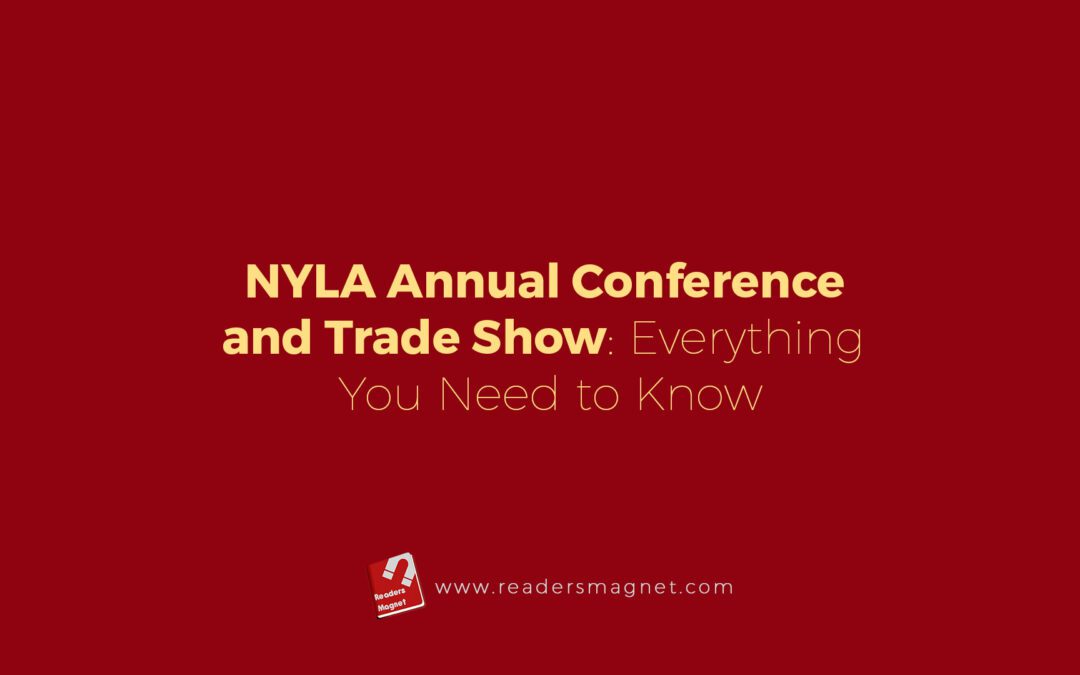 The 2020 New York Library Association annual conference is set and this time NYLA is going virtual. Let’s take a peek at its history, evolution, and the latest updates on one of the biggest book fairs in the United States.

The History of NYLA and the Annual Conference

Founded in 1890, the New York Library Association (NYLA) was established at the end of the University of the State of New York’s annual assembly. The convocation included George W. Curtis, a distinguished author and Chancellor of the University, Andre Draper, who at that time was the Superintendent of Public Instruction, and Melvil Dewey, Secretary of the Board of Regents and State Librarian. The three serves as the chief sponsors of NYLA’s founding.

After almost five decades, the Board of Regents, on behalf of the Education Department of the State of New York, granted NYLA a provisional charter and incorporated Carl L. Cannon, Florence R. Van Hoesen, Augustus H. Shearer, Joseph D. Ibbotson, William F. Yust, Elizabeth M. Smith, Helena S. LeFevre, Frank L. Tolman, and Esther Johnston, and their associates and successors to its Board of Trustees, and became a corporation under the name New York Library Association, Inc. Absolute Charter was granted in 1946. The rest, as they say, is history.

The New York Library Association is a non-profit, non-government group that works to promote and improve libraries in New York. The group includes librarians of public, system, school, college and university, and many special libraries, library trustees, and friends of libraries. As a state association, NYLA plays a vital role in the development and evolution of library and library systems and information services of the state. The newsletter ‘News You Can Use’ is the group’s weekly publication while the ‘NYLA Bulletin’ is its monthly electronic publication. NYLA is also at the forefront of advocating library funding and accessibility to publicly-funded research. They also provide awards and scholarships, recognizing its members’ achievements and contributions.

The New York Library Annual Conference and Trade Show have been in existence for almost 80 years. Each year, librarians, staff, educators, trustees, people from publishing, and library supporters from various sectors including the academics, public, and special libraries from all over New York State gather for the largest state library association conference on the East Coast. The annual NYLA features programs, products, services, network opportunities, book displays, and other special events for the participating community.

The year 2020 proved to be a challenging year for the publishing industry. Many book events including local, national, and international book fairs chose not to push through with their usual schedules because of the worldwide pandemic. Recently, however, several organizers and institutions introduced the idea of virtual book fairs. Though the logistics and programs may not be the same as the familiar set up that many authors and book lovers are used to, virtual book fairs are the safest and most efficient way to still gather authors, publishers, book vendors, academe, literary agents, and of course, librarians. This year, the 2020 New York Library Association Annual Conference and Trade Show is going virtual. Since the third quarter of 2020, preparations were already made to make this exciting format a success. Below are the important dates related to the 2020 NYLA Virtual Conference and Trade Show.

ReadersMagnet Self-Publishing will be joining the New York Library Association Virtual Conference and Trade Show. This will be the first time for ReadersMagnet to participate in the prestigious annual NYLA event.

The NYLA is just among the many book fairs that ReadersMagnet is set to participate in this year and in the coming months. To check out ReadersMagnet’s calendar of book events and other book marketing services, you can visit readersmagnet.com today.