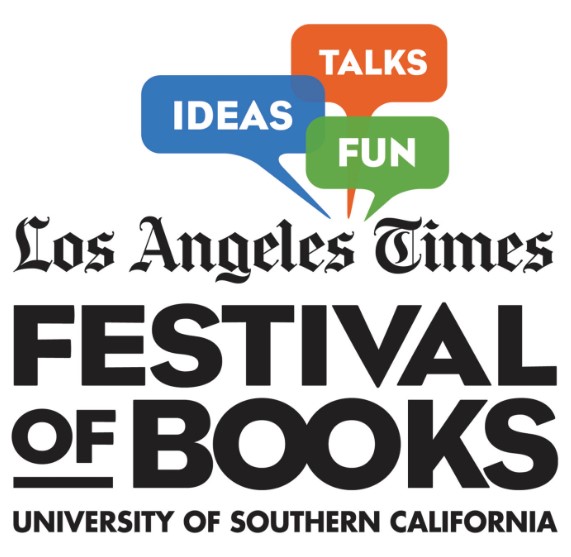 ReadersMagnet Self-Publishing is set to join the Los Angeles Times Festival of Books 2019.

For the first time, ReadersMagnet will participate in the largest book festival in the country. Here are the things you need to know about the LA Times Festival of Books.

The city of Los Angeles is known for many things big and famous; Hollywood, USS Iowa, Los Angeles Lakers, the Wilshire Grand Center, Rodeo Drive, Natural History Museum, the USC School of Cinematic Arts, Grammy Awards, and the annual Academy Awards. And the LA Times Festival of Books is no different. It is the largest book fair in the USA. An average of more than 150, 000 people flock to the University of Southern California to be part of this massive annual gathering of writers, publishers, poets, artists, musicians, and filmmakers.

Originally, the Festival takes place during the last weekend of April spring.

However, in 2011, the Festival was held for the first time at University of Southern California on April 30 and May 1. The year also marked a lot of significant changes for the LA Times Festival as far as programs, participants, and atmosphere is concerned. Today, the schedule for LA Times Festival of Books is held every first week of April to avoid being in conflict with Fiesta Broadway’s annual celebration.

The University of Southern California is home to LA Times Festival of Books since 2011.

The UCLA is birthplace of LA Times Festival of Books.

The origins of Los Angeles Times Festival of Books can be traced at the University of California, Los Angeles. It is here that the Festival had its early beginnings. For 15 years, the university’s large campus served as the venue not only for book fair but it also hosted the events various programs, panel discussions, and booths. But in 2011, a dispute arose between university officials and the organizers regarding the event’s expenses. This forced the organizers to look for other venues. On its 16th year, the Festival found a new home in the University of Southern California.

A Rock and Roll Home of Famer and a published author, Patti Smith went to attend the 2011 Festival. During that time “Just Kids”, a memoir about the rock legend’s relationship with controversial photographer Robert Mapplethorpe, just won the 2010 National Book Award for Nonfiction. Smith shared the stage with Dave Eggers. Eggers is the author of the best-selling memoir A Heartbreaking Work of Staggering Genius.

Yes, admission to the biggest book event in the country is free although there is a number of panel discussions and programs costs $1 per tickets. These conversation tickets can be purchased online.

The Festival’s food portion is a highly anticipated segment.

Book fairs have evolved over the years. Author chefs are pretty much like celebrity author. Food portion allows author chefs to demonstrate their cuisines. In the past, celebrity cookbook authors like Jet Tila, Edward Lee, and Valerie Bertinell. This year local and international chef-authors are expected to grace both panel discussions and actual cooking demonstrations.

Publishing books are not exclusive to wordsmiths and professional writers. Actors, athletes, and every individual have the right to share their narratives. Los Angeles is an entertainment hub and home to many stars so expect celebrity authors and actors to grace the LA Times Festival of Books 2019. Gabrielle Union, Michael J. Fox, Laila Ali, and Diahann Carroll are just some of the names attached to LA Times Festival of Books.

It’s also a Festival of arts and performances.

LA Times Festival of Books not only celebrates the written word but also the world of visual arts and culture. The University of Southern California Roski School of Art and Design featuring the California Art Club held on the spot drawing and painting with a live model. Last year, talented sculptor Jena Priebe publicly assembled a giant installation art measuring 20-feet high. Her masterpiece featured a tree-like structure made of welded spiraling up from a base of recycled doors and laced them with discarded hardcover books that looked like giant beads. It took her 14 hours of work to set up the said sculpture. Professional artist also took part in last year’s Festival. Female artists Young Summers and Ann Zumwinkle invited passers-by to participate in their so-called “collaborative muralling” by dipping their paintbrushes in black ink and add their own words and doodles to a continuous scroll of impressions. USC’s scholars from engineering, cinematic arts, education and communication also took part in the community’s book event, sharing their knowledge in their respective areas.

The Festival is big on civic engagement.

This famous book fair in Los Angeles is both a cultural activity and an annual gathering of different sectors from Los Angeles, celebrating not only literature but the oneness of their community through various outreach programs scattered within the campus during the 2-day event. Here is a list of the weekend programs: Last year, the Festival had the honor of having Star War’s actor Mark Hamill, who read Dr. Seuss’ Oh, the Places You’ll Go! to the young audience. Hamill, who played Luke Skywalker in the said franchised films share his commitment to the community with his wife.

LA Times Festival of Books 2019 is one massive block party.

If there is one thing you need to know about Los Angeles, it’s the fact that they don’t shy around when it comes to entertaining its audience. It has hosted the Olympics twice and even in sports, their basketball team LA Lakers is synonymous with the word ‘showtime’. That said, 2019 LA Times Festival of Books promises to be a grand open-air party featuring exciting performances from KRS-One, Kinglii, Lami, Moby, and the Trojan Marching Band to name a few.

ReadersMagnet will join the Festival for the first time.

This is also the first book fair for ReadersMagnet’s 2019 calendar. With our recent success last November during the 36th Miami Book Fair International, ReadersMagnet is excited to showcase its authors and their titles to over 150,000 Festival participants. Above all, we are proud to add yet another book fair in our expanding list of book events. Join us in our continuing adventure in sharing stories with the world. Contact us at Office Number: (619) 354 2643 Toll Free Number: (800) 805 0762 or email us at info@beta.readersmagnet.com
CLICK HERE TO GET STARTED!