The Wonders of New York City 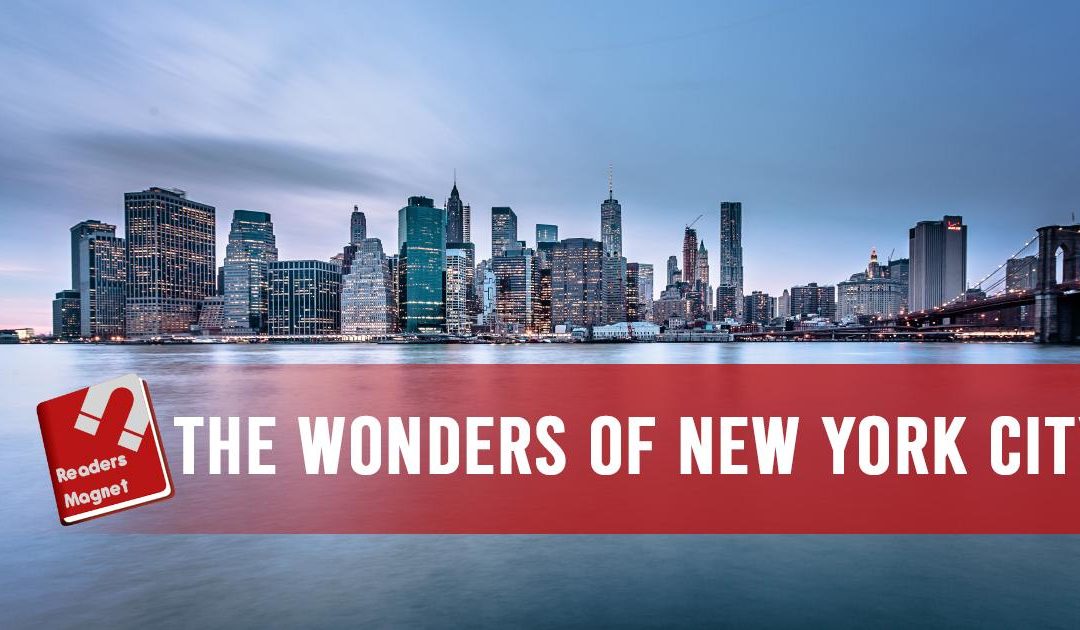 You probably have heard of New York City from your daily newspaper, favorite TV show, social media account, in an Alicia Key’s song, or in a random conversation. Located southward of the state of New York, New York City is a perfect place for people who have the heart to wander. It has a wide array of hotels located near the scenic and well-known spots with top-notch facilities and services, which makes it more convenient for tourists. The metropolitan also hosts a lot of events where streets become festive and livelier. Some of the best activities that take place in the area are the Rockefeller Center Christmas Tree lighting, Macy’s Thanksgiving Day Parade, Greenwich Village’s Halloween Parade, and more. There are endless fun, excitement, and discovery in NYC.

A lot of tourists visit NYC to sight-see, shop, dine, or live their New York dreams. That said, the city’s tourism industry is undeniably blossoming. According to New York Times, the city has drawn approximately 67,000,000 tourists last summer of 2019. With its busy streets and herd of skyscrapers, it is indeed, a city of wonder. Known to be the largest and most popular city all around the globe, New York City is home to various beautiful and remarkable places, such as the following:

This famous park located between the Upper West and East Side of Manhattan is considered as the most frequented urban park in US. It measures 3.41 square kilometers with about 37.5 to 38 million tourists every year. It contains breath-taking landscapes and enjoyable attractions, an example for the former is the Hallett Nature Sanctuary, while for the latter is the Central Park Carousel.

Located in Midtown Manhattan, this spot is considered as center of entertainment for it also has recording studios, TV studios, record label offices, Ripley’s Believe It or Not! Odditotrium, and more. This place is also considered as heaven for fans of drama, films, and movies because this is where many Broadway theaters can be found. The area where these theaters are located is called The Great White Way.

If Los Angeles is called the “City of Angels”, New York, on the other hand, is known as the “Empire State.” That said, it is where the name of the Empire State Building originated. Before the World Trade Center was built, this skyscraper was known as the tallest building in the world. It can be found in Midtown South on Fifth Avenue’s west side. Its name, height, location, architecture, and interior are the contributing factors why this building is considered as one of the must see in NYC.

Before it became Time Square in 1904, this place was formerly named as Longacre Square. It can also be found in the Midtown Manhattan at the intersection of Broadway in Theater District. The infrastructures in this area display a variety of marketing materials, such as billboards, commercials, and advertisements. It is where the annual ball dropping on New Year’s Eve is conducted. Thus, even if it is surrounded by busy people and tall buildings, the activities that take place in this area is one of the many reasons why tourists visit this place.

It is the main road located in Manhattan’s borough. Considered as one of the most luxurious and classy streets all over the globe, this avenue has an upscale shopping district with top of the line stores. This is where you can shop until you drop. 5th Avenue also hosts many parades, that is why it has a parade route to give way for these activities.

The New York Public Library is considered as the third largest library all over the globe with approximately 92 locations. Its main branch is located at Bryant Park in Manhattan with two lion statues called Fortitude and Patience. It has good facilities, architecture, and security measures. For people with genuine love for literature and thirst for knowledge, this place should be on top of their list.

The City of New York, however, is not just all about its beautiful people and places but also about the stories these places have. Its large population, massive amount of visitors, and rich history significantly contributed to the development of its art, culture, literature, and entertainment. No wonder why the biggest literary event in US is annually conducted in NYC. The 2020 BookExpo New Title Showcase will be held at the Javits Center in New York City, New York on May 27 to 29 with more than 11,000 attendees, which includes but are not limited to readers, publishers, authors, artists, and more.