How to Come Up with Your Own Sci-fi Novel 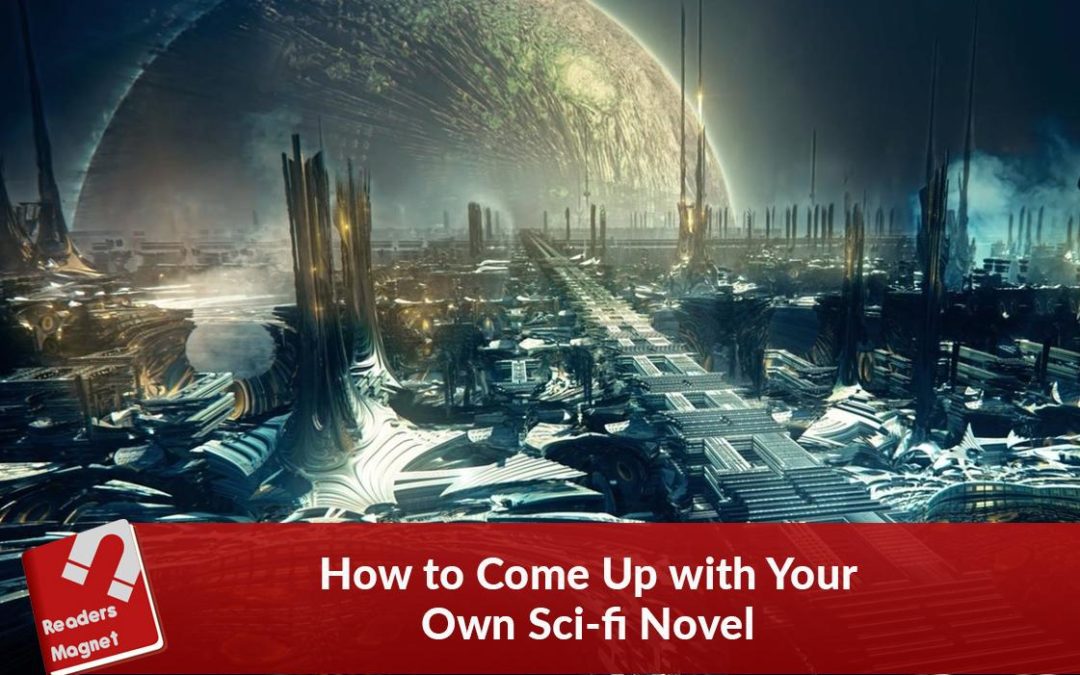 While science fiction genre is among the most marketable literature in today’s market, self-publishing and book marketing a book is certainly not a walk in the park. ReadersMagnet thinks these 9 tips will somehow help you start a career as a science writer.

Familiarize yourself with the elements of the sci-fi genre. Every genre has its own defining elements. Romance novels revolve around couples, love and of course, romance. Mystery books tell us about enigmas, unanswered questions, and a thrilling journey into uncovering the truth. For science fiction, the list of elements is as long as its subgenres. However, the basic elements include:

-a unique landscape, world, or mostly, a universe

-a unique and remarkable character

-a timeline to trace back

-an out of this world/out of time crisis or conflict

There are still many elements to consider but that would highly depend on the type of sci-fi subgenre you are planning to write.

Embrace the sci-fi literature. Reading sci-fi novel is not enough for you to draw inspiration. Science Fiction draws largely on imagined settings, the out of this world environments, wild characters, and unimaginable storylines. Watching sci-fi movies is a must for science fiction writers who are seriously considering publishing their own novel one day. The visual experiences offer enormous inspiration for any genuine sci-fi fan self-publishing his or her own work.

Pick a specific science topic. While I’ve already mentioned this about, picking a science topic is more than an element in any sci-fi novel. It can make or break your career as a writer. The choice of a scientific law or principle is the most essential part since it is this particular law or principle that your narrative will revolve around. Whether its nuclear fusion, biological warfare, time travel or parallel universe each of these are based on scientific principle whether proven fact or an on-going theory. Without the elements of any scientific fact, your science fiction narrative cannot be materialized.

Imagine endless possibilities. The great thing about self-publishing science fiction is that you can almost break all the rules of reality. That is why it’s called science fiction. This genre allows writers to imagine all the endless possibilities. The trick is to hinge that impossibility under a known scientific truth to build up a credible impossibility, something that your general audience can relate to. If you are writing about a post-apocalyptic habitat outside Earth, you might want to discuss space flight and the building of space stations that ultimately led to the establishment of a man-made planet in space, no matter how currently impossible that is.

Create an insanely out-of-the-ordinary landscape. Star Wars’ Galactic Empire, Dune’s Arrakis, Superman’s Krypton and even John Carter’s Barsoom are all unique settings. The Galactic Empire is a vast universe inhabited by thousands of species all under the empire’s political rule. Arrakis is no ordinary desert planet. It’s orbited by two moons, has no natural precipitations, and the only place where spice is found. Superman’s home planet Krypton despite being Earth-like, it has also been described as a “fantastically advance civilization.” Traveling to Barsoom is like traveling from one dreamlike landscape to another (Barsoom has 5 cities). It is also famous for its light gravity.

Come up weird but unique characters. Yoda, Spock, Kal-El, The Terminator (T-800 and T-1000), and Neo are all exemplary characters from their respective sci-fi franchise. One key element of a successful science fiction narrative is not only the out of this world storyline and setting but also the unique central characters whether they are the main protagonist, antagonist or even a supporting character. While most sci-fi literature has aliens and robots as central characters, they have a certain humanity that makes them remarkable and unique as well.

Don’t be afraid to tinker with time and space. Whether it’s post-apocalypse, an alternate history, parallel or lost worlds, dystopian future or in an alien setting, science fiction novels are narratives not of the current time setting.  Seldom are sci-fi novels set in the present time and if they are they involve a detailed presentation of that particular setting (year, associations with current social and political events, etc.) But if you are going to set your narrative outside the present time, make sure to create your own timeline for that setting.

Pick a truly an unpredictable ending. One feature that is significant among works of science fiction is their unique endings. Sci-fi stories usually have an unpredictable and haunting ending. Science fiction works such as Oblivion, Planet of the Apes, A Scanner Darkly, Blade Runner, Total Recall, and Sucker Punch all have one thing in common- a remarkably haunting ending.

These tips are just mere guidelines and in your research, you might learn a thing or two about writing your sci-fi novel. The idea is to learn the basic rules and at the same time expand your ideas. After all, sci-fi is all about expanding one’s imagination.

ReadersMagnet Self-Publishing offers editorial services regardless of the genre you are writing. Publish your narrative with us and we will make sure to share your sci-fi story with the world. Call us Office Number: (619) 354 2643 Toll Free Number: (800) 805 0762 or email us at info@readersmagnet.com