Ebook and Self-Publishing in 2019 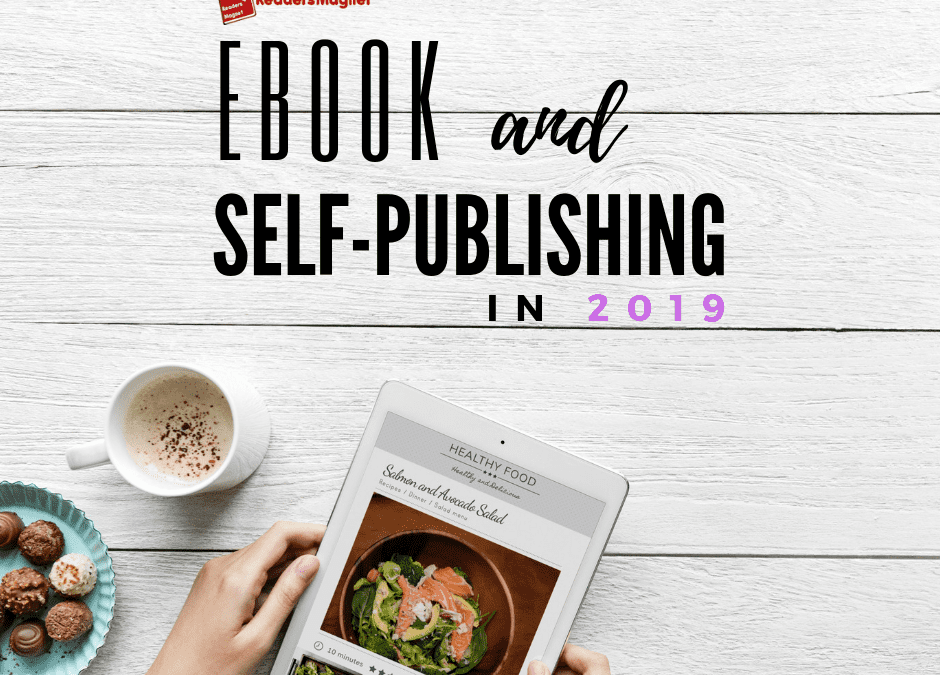 Technology has always influenced every aspect of our daily lives. Whether it’s home, work, business or leisure, technology is part of our waking and sleeping hours. With mobile technology, people’s wants and needs significantly changed. Book readers, for example, began reading books differently, using mobile phones and tablets, in exchange for printed books. This allowed self-publishing to flourish in ways never imagined before. An e-book format is a digitally released version of book text and images which is accessible through the use of electronic devices such as phones, notebook, and tablets.

The Rise and Fall of E-book

The year 2010 was a defining year for eBook and the publishing industry. It was around this time that major players such as Amazon, Kobo Inc., Apple, Google, Pocketbook, and Barnes&Nobles released their various e-book products and services. The following year Amazon.com announced that eBook sales surpassed printed book sales. In 2012, various eBook self-publishing platforms and services emerged. E-book sales reached three billion in revenue and self-publishing platform was recognized. By 2013, E-book was accounted for 20% of the country’s book sales, according to the Association of American Publishers. E-book publishers were earning large sums of money both from sales and subscription service. However, in the same year, Scribd launched the first public subscription services with unlimited access. Amazon followed suit and launched its own unlimited access subscription for e-book and audiobook as well. Kindle unlimited was launched in 2014. Today, its U.S. version reached over 1.5 million titles which include more than 290, 000 foreign titles. By the end of 2015, over 25 million books have been scanned by Google Books and over 70 million e-readers scattered worldwide. The next two years saw the rise of smartphone and tablets gaining ground and eventually, taking over e-readers as far as reading e-books is concerned.

However, last year saw a significant decline in e-book readership. Although readership and appreciation of the written word have been steadily declining over the years, this decrease is noticeably high among readers between 18 to 29-year-olds. The marked drop created a huge difference in revenues, almost 30 million. From 2017’s 800 million U.S. dollar revenue for e-book sales, last year’s figure went below 771 million. The reported figure is from above 1,100 publishers except Amazon’s big three – Kindle Unlimited, Amazon Publishing, and Kindle Direct Publishing. Despite the fact they do not report their figures and declaring Amazon’s growth in book sales these past few years, the e-book revenue is under the current microscope.

An opportune time for EBook via Indie Publishing Companies

While the report is not desirable for eBook publishing, it is far from being dismal. There are many factors for such a decline. First is the overall decline of readership whether it’s print or digital text. Many Americans are distracted by other interests especially when it comes to leisure time; social media, online games, movie streaming, and many other forms of entertainment. Second, most traditional eBook publishers priced their titles way too high. And an ebook title is not really the type that you purchase to own. You are just given permission to install the contents of a book into your digital or mobile device. Any unreasonable pricing is a major turnoff. Lastly, print books never lost its appeal and they are always sharing the market along with the increasing demands for audiobooks. There is a significant rise of audiobook readers both in young and adult readers. According to John Maher of publishersweekly.com,

“Audiobooks continued their meteoric rise in 2017, a new report issued by the Audio Publishers Association found, with another year of double-digit growth for both audiobook sales and title output.

Yet, despite all these setbacks, 2019 still remains an exciting year for Ebook self-publishing. These challenges serve as opportunities for self-publishing companies to provide quality service and to showcase their competitive capabilities as far as format, layout, design, and marketing are concerned. This is also the right time to reflect on the accessibility of eBook services to aspiring authors and do away with pricing out of the market. Overall, 2019 looks promising for publishing in eBook format.

ReadersMagnet and its EBook Services

ReadersMagnet offers a wide variety of publishing and book marketing services. We are committed to helping authors get into the publishing game with our top of the line yet affordable service packages. One of them is the Ebook Self-Publishing Packages wherein we provide our authors with total competitive Ebook packages. From formatting to layout to book cover, we make sure to provide an eBook that is worthy of a spot in smartphones, tablets and eBook readers like Amazon’s Kindle eBook reader.