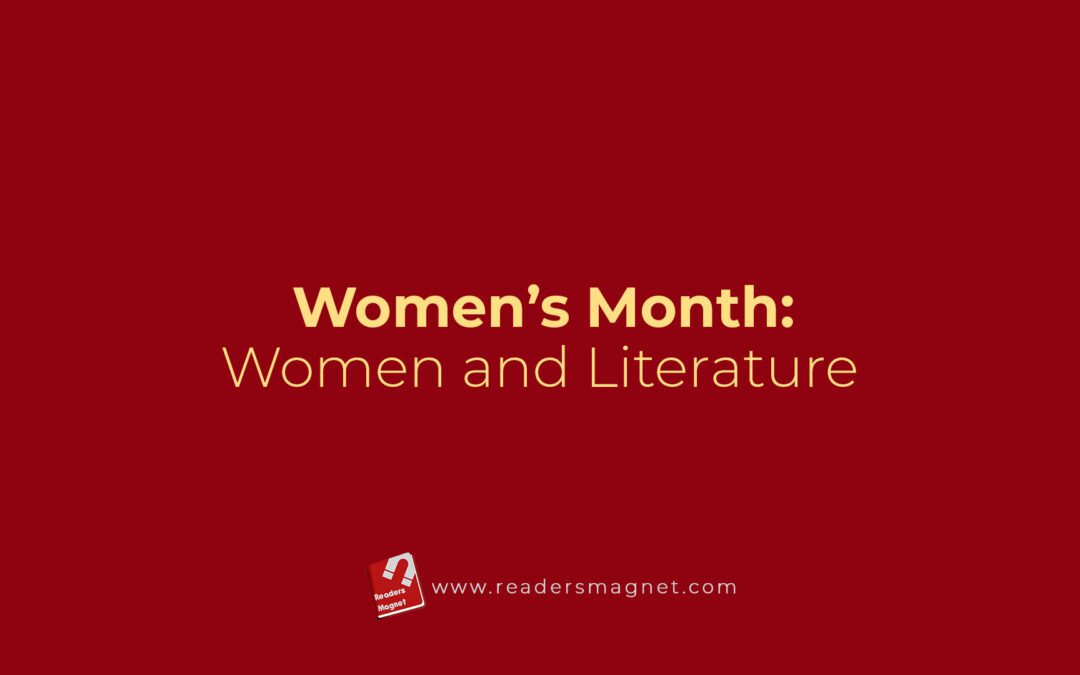 Like how one of Beyoncé’s songs goes, “Who run the world? Girls,” women definitely have the bravest and most determined hearts to fight inequalities and break barriers. There are remarkable females who are conquering different fields in the world, like literature. So, this Women’s Month let us honor the women pioneers, trailblazers, and record-breakers throughout history.

Women pioneers and trailblazers in literature

Murasaki Shikibu. A Japanese noblewoman who wrote what is considered by some to be the first novel, The Tale of Genji, in the early 11th century. She is not only known as a novelist but also as a poet. She may be known for the descriptive name MurasakiShikibu; but, her real name truly remains unknown even until today.

Lady Mary Wortley Montagu. An English aristocrat, writer, poet, and wife of a British ambassador to the Ottoman Empire named Edward Wortley Montagu. She accompanied her husband to Ottoman Istanbul for two years and wrote her experiences on that foreign land through letters. Her letters were turned into a remarkable memoir titled Turkish Embassy Letters.

Jane Austen. A remarkable English woman who penned the best-selling classic books including Pride and Prejudice, Emma, Sense and Sensibility, Mansfield Park, Persuasion, and more. However, she didn’t use her name but went anonymous after her first book, Sense and Sensibility was published. Some said that it was because of the gender stereotype in their generation, which made female authors struggle to be known; but, now she is one of the most remarkable authors of all-time.

Mary Shelley. An accomplished author whose Gothic novel Frankenstein; or, The Modern Prometheus, published in 1818, is considered an early example of science fiction. Apparently, literature has always been part of her life because her mother, notable Mary Wollstonecraft, and her husband, promising Percy Bysshe Shelley, were great writers.

Virginia Woolf. The essay A Room of One’s Own by Woolf was published in 1929 is considered a key work of feminist literary criticism. Apart from her feminist views, Virginia is among the best and most significant modernist of the 20th generation. Her usage of the stream of consciousness is what sets her apart from others.

Toni Morrison. A Pulitzer Prize winner and Nobel Prize laureate, Toni Morrison has indeed contributed a lot in the field of literature. She received the Nobel Prize in Literature in 1993, becoming the first black woman of any nationality to win the prize. The Bluest Eye, Beloved, and Song of Solomon are among her outstanding works.

Agatha Christie. The bestselling mystery fiction author whose works have been igniting intense emotion from readers until today. She was listed by Guinness World Records as the best-selling fiction writer of all time for having sold more than two billion copies. She remains the most-translated individual author, according to Index Translationum.

J. K. Rowling. She is an award-winning author known for the Harry Potter series. She is the first billion-dollar author but, before she attained success, she was rejected by different publishers 12 times. Rowling was advised by her publishers to used her initials as her pen name because of the probability that there will be little boys who wouldn’t want to read the book because it was written by a woman.

Sarah Kay. Slam poetry is one of the best types of performance poetry, and Sarah is among the most outstanding slam-poets of this generation. Kay has published multiple poetry books and has performed her poems in different parts of the world. Apart from that, she is known to Project V.O.I.C.E.’s founder and co-director.

MalalaYousafzai. A young Pakistan activist and author who was recognized as the youngest Nobel Prize laureate. Malala was shot thrice by a Talib when she was 15 years old. Thus, she turned her experiences and will into a wonderful book, which has been inspiring girls of different ages.