Tips on How to Create a Great Villain 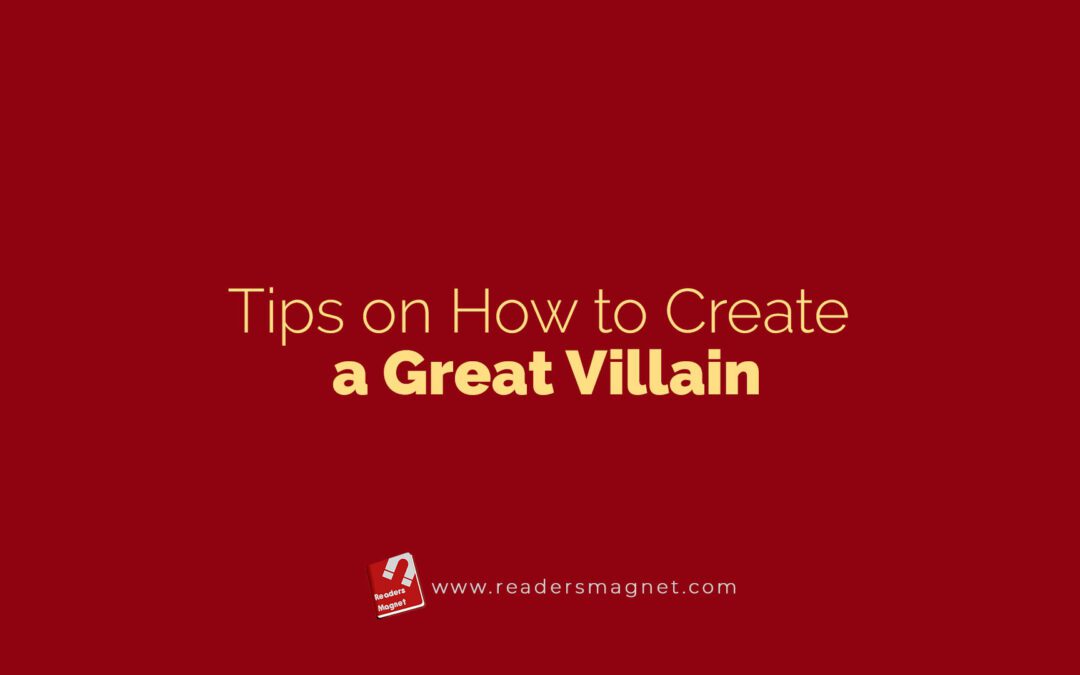 Every hero in a story must have depth— the same goes with the villain. Without a great villain or a worthy adversary, the hero is just an ordinary character. But what makes an excellent villain? Below is a list of what we think are the elements needed to create a remarkable villain.

First, what is a villain?

A villain is the complete opposite of a hero. In contrast to a hero, a villain driven by a desire to commit acts of cruelty and immorality. Yes, this is how villains should be. But the problem with creating villains nowadays, whether in films or novels, is that their motivations are often shallow (i.e., cursory mean lacking in depth or solidity). We don’t get a lot of information on why they’re such big bullies. Villains that are merely “evil” for the sake of evil, can work. But that common characteristic does not make a promising villain.

However, giving your villain a reasonable backstory that explains how they are “evil” can be helpful. It adds to their complexity and makes the villain more relatable to your readers. But how do you make a villain who feels human, even though it isn’t in his nature, to be sympathetic?

Second, the characteristics of a villain.

Most great villains share similar characteristics with the hero. The greatest of villains also have a narrative to share. Sometimes, their story might even be more interesting that of the hero.

● A strong connection with the protagonist

The best villains are inextricably connected to the hero and aid in the hero’s character development through their inherent opposition to them. In the Gladiator, Commodus ordered the execution of Maximus to secure his claim to the throne. Maximus, a high-ranking Roman general who served under the previous Roman Emperor Marcus Aurelius, was loyal to the people. He was named successor to the throne. His mission was to restore the power to the people of Rome. Both Commodus and Maximus adored Aurelius, but the Maximus was clearly his favorite. It is this complex relationship that bonds the protagonist and the villain.

If you’ve watched this movie, the strong connection between the two characters is their grudge towards each other. Commodus hated Maximus because his father favored him more, and Maximus hated Commodus because he murdered the emperor and his family.

Giving villains explicit past trauma (a traumatic event outlined in detail in your story) is one way to understand why they became cynical, power-hungry, or cruel. You can show the reader how your villain was created by personal flaws, environmental circumstances, or both to make your character more believable. For example, in Star Wars, Anakin Skywalker was a Jedi before he became the Sith Lord Darth Vader. His past traumatic experience was when he lost his mother to a band of Tusken Raiders. But, what made him become a villain was his fear of losing his wife Padme, which he saw visions that she would die in childbirth.

For Padme, Anakin turned to the dark side since he believed that the Sith possesses the power to stop people from dying. Only by becoming a Sith lord could he protect his loved ones.

Every villain must have their own set of beliefs. If your villain spends part of your story murdering people, you’ll need to give them plausible reasons for doing so. Make the reader understand precisely what desperation or belief has driven him to this level. For instance, Thanos in the Avengers had his selfish beliefs about wiping out 50% of the population, so the other half of the population will live. He believed in his own selfish belief that population cull was the only way for the planet’s (Earth) salvation base on what happened from his homeworld.

Your hero’s enemy should be a formidable and deserving foe. They should be cunning, skillful, deadly, and cerebral to a certain degree. Having a villain at par with your hero in terms of abilities and intellect raises the stakes. The villain must pose a serious threat for every hero.

Lastly, villains should be attractive.

Let’s face it! We all have our favorite villains who have traits that we love to hate, whether it’s their dark sense of humor or their odious worldview. For example, the Joker from Batman is a villain that we can’t hate no matter what because his message to the world was loud and clear that “he is not afraid to be himself and he is not afraid to act on his beliefs.” That’s what makes him a charismatic character and a great villain.

If you want to create a great villain, your best chance is to create one that has character, motives, odd mannerisms, and potentially violent behavior.