Things to Consider When Writing a Children’s Fantasy Book 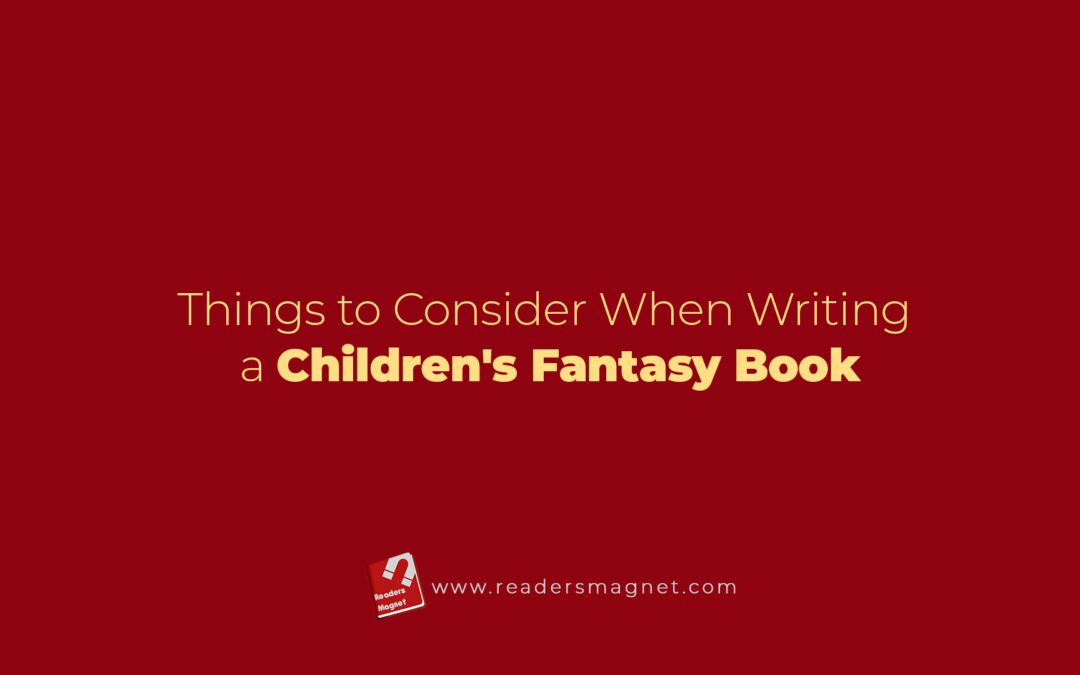 Fantasy stories have much to offer to readers of all ages. Fantasy offers young readers an escape from reality. Children’s fantasy books give young kids the means to see the world differently. It facilitates children into connecting out of this world concepts to real life.

Many write children’s fantasy literature because it magnifies the realities of this world wondrously. It highlights the best and the worst of reality. If you are interested in writing in this genre, here are some things you must put into consideration:

1. Have a Fresh Perspective

Fantasy is an incredibly competitive genre publishing hundreds of children’s books yearly. Your fantasy book needs a plot that can pique the interests of young readers, and not a stereotypical plot with magical creatures like fairies, mermaids, goblins, and witches.

Children’s books tend to use the third point of view to bring a sense of closeness between the character and readers. Nevertheless, whatever point of view you choose, it must contain an appealing and engaging voice to influence the way the fantasy character speaks.

Before everything, fantasy requires you to build the world in which the fantasy story revolves. Put into consideration how it functions, the set of rules, and the creatures living in the world, as this will ultimately establish the structure of your storyline.

Readers, especially between the ages of 3-10, are on the stage of their lives where imagination and creativity are used to learn about the world. Hence, instead of telling them, paint a picture of the characters the traits, mannerism, and physical appearance of the character.

Fantasy stories go hand-in-hand with the stereotypical mythical creatures. Making the mistake of using cliché characters will ruin your story, therefore, cast a complex character to provide interest and diversity to the storyline, sustaining young readers’ engagement and interest.

Considering that your target market is young readers who are learning to read and comprehend the world, the plotline of your book must be short, simple, and understandable. A complex fantasy storyline can disorient an adult reader, how much more for a young reader, without a doubt, the child will abandon the story immediately.

Parents expect key takeaways, such as lessons and morals, from the children’s fantasy book their children read in which they can apply in their own lives. Children’s fantasy books are not only for entertainment and the enchantment the storyline brings; it is also about the integrated life lessons that will serve as a model for children.

Fantasy stories can be out of this world; however, mixing it with a bit of reality keeps readers emotionally connected, indicating that the story quality is great. Adding an element of realism allows young readers to invoke emotions of empathy during major plot events

10. Don’t Be Afraid to Explore

Writing fantasy books for children provides you with a bountiful opportunity to go beyond limits considering children love to make-believe. There is no limit as to what you can write for fantasy books, mix and try out new ideas.

Overall, there is no set of rules when writing children’s fantasy books. Writing fantasy books for children is exciting due to the freedom it gives you. But, it is not a walk in the park. It challenges your imagination and creativity as an author. Nonetheless, it is a fun challenge that will make you not want to stop writing.