Why Miami Book Fair International is Essential for Authors? 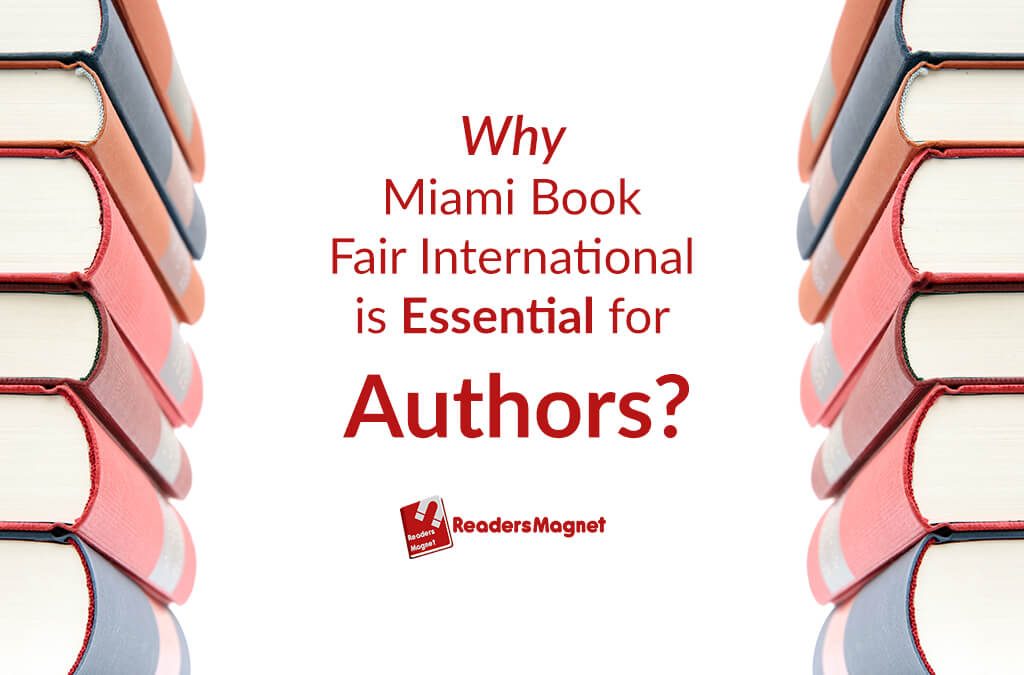 Miami Book Fair International is one of the oldest and biggest literary events in the United States. Founded in 1984, it started as a local book fair then known as “Books by the Bay.” Dr. Eduardo J. Padrón, the president of Miami Dade College, wanted to re-establish Miami’s literary culture. He wanted to promote reading, encourage writing, and increase appreciation of the literary arts in Miami’s diverse community. In its first year, the fair attracted 25,000 people and filled Miami Dade College Campus with writers, book lovers, performers, and visitors. Over the years, its popularity grew and what started as a weekend event blossomed into an annual week-long gathering. Now in its 35th year, Miami Book Fair International, a literary party we think every author should take part. Here’s why:

It’s inspiring. A book fair is not only for showcasing of books, it is also a gathering of authors and book lovers. It is an opportunity to interact with other writers from different places. Book fairs give writers the chance to inspire each other by sharing stories and ideas. The Miami Book Fair International 2018 hopes to gather hundreds of authors from around the globe. Each of them will be bringing not only their published books but also their unique journey as a writer. Each year, the fair transforms downtown Miami into a community of writers for one week. That literary solidarity alone is very inspiring and worth going to.

It’s good exposure. The Miami Book Fair International is a great exposure for authors. It is one of the largest literary events in America. The participants include authors, publishers, literary agents, book retailers, and other personalities within and outside the industry. Programs such as the Festival of Authors, Evenings With…Series, and various group discussions allow participants to discover various literary genres, writing style, and the literary journey of these guest authors. Most of these guest authors are recipients of numerous prestigious awards such as the Pulitzer Prize, National Book Award, Casa de las Americas Prize, Nobel Prize for Literature, O’Henry Award, National Magazine Award, Commonwealth Prize, and Edgar Award. The event also features literary workshops such as The First Draft, which encourages writers to put their inspiration into writing and read it in public.

It’s a network of opportunities. This year’s Miami Book Fair participants will include more than 500 authors, 200 plus exhibitors, publishing companies, book retailers, critics, and agents. With eight days of interaction, this is your chance to meet new contacts, potential partners, and even future publisher for you and your brand. Establishing contacts with various personalities within the publishing industry is essential for your career. The Miami Book Fair International is certainly the perfect event for you to make such connections and establish yourself as a serious author.

Share your story with the world. In ReadersMagnet we will share your story with the world. The event will culminate with the weekend street fair. This 3-day outdoor event is the highlight of the whole event to fair.  Booths from participating booksellers and exhibitors from various publishing houses, independent presses, scholarly imprints, foreign publishers, graphic novel artist, and collectors fill the streets of downtown Miami. Your goal in participating in the Miami Book Fair International is not only to sell a few copies but also to promote your book in one of the world’s popular literary events.

It’s all about prestige. The Miami Book Expo International is a prestigious event and has inspired various book fairs around the world. Participating in this literary event not only extends your marketing mileage but also increase your credibility and reputation as a published author. Not all authors have the luxury of being a part of this momentous event and the opportunity is just too great to be passed off.   Join authors from around the globe.  Share your story with the world and give your book the recognition it rightly deserves. Come to the 35th Miami Book Fair International. For ReadersMagnet Book Fairs inquiry contact ReadersMagnet at (619) 354 2643.
CLICK HERE TO GET STARTED!