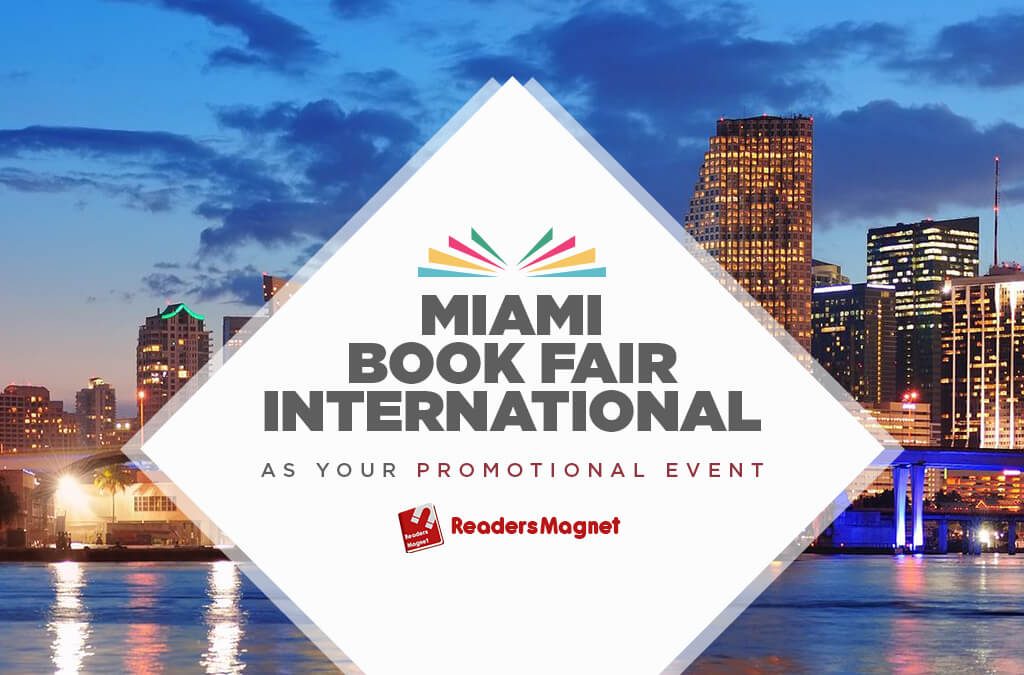 Miami Book Fair International a promotional event that became the nation’s most anticipated annual literary event. Dr. Eduardo J. Padrón, the president of Miami-Dade College Wolfson Campus, first introduced the idea of a book fair to Miami Dade College. He thought of an event that would promote literature and literacy, encourage writing as well as increase cultural awareness in the city’s diverse ethnic community. Padrón along with Mitchell Kaplan, owner of Books & Books, and Craig Pollock of BookWorks, and a number of local bookstore owners launched the fair in 1984. The first Miami Book Fair was known as “Books by the Bay“. The two-day book event attracted 25,000 visitors and transformed downtown Miami into a festive street market. It was a success and it grew in popularity over the years, attracting promoters, sponsors, media support and nationwide attention. Today, it is the oldest and grandest book event in the United States and a model for other book fairs all over the world.   Miami Book Fair International is a promotional event, just like any other book fair. Through the years, it has been a venue for both established and self-published authors to promote their brand. Miami Book Fair’s wide array of programs has helped thousands of authors reach out not only to publishers, literary agents, readers but also to their fellow authors. Evenings With…series allows established guest-authors to share their journey and insights to fellow authors and the audience in general. The Ibero-American Authors Program is an opportunity for authors from Spanish-speaking countries to read their works during the 8-day event. There is also a program for young readers and performers called Children’s Alley. Festival of Authors is one of the main events in the Miami Book Fair, with over 300 participants from all over the world each year. The main highlight though is the weekend Street Fair. Hundreds of publishers and exhibitors fill the streets of downtown Miami to display their published books and promote their resident authors. Essentially, each program in the Miami Book Fair is a venue to establish a connection and promote your brand.   Throughout the years, many famous authors and personalities have graced the Miami Book Fair with their presence. In its first decade literary icons like Allen Ginsberg, Jerzy Kosinski, Joseph Heller, Hunter S. Thompson, and Maya Angelou attended the fair. In the 90s, astronomer Carl Sagan, celebrity cartoonist Matt Groening, and former First Lady Barbara Bush all participated in the fair as speakers. Rockstar Iggy Pop, Hollywood screenwriter Charlie Kaufmann, former Vice-president Al Gore and former senator Bob Graham also attended the Miami Book Fair sometime between 2000 and 2014. Recent guests included Anne Rice, Irvin Welsh, Tom Wolfe, Mitch Albom, and Joyce Carol Oates. The annual event is also sponsored by established corporations, big media outlets, and institutions, both private and governmental. The Miami Book Fair is a book event every serious author should attend.

Miami Book Fair International a promotional event where most of the authors establish their author brand, promote literature and literacy, engage to their readers and most of all to have fun on the grandest book events in the United States.

This year, ReadersMagnet will take part in the 35th Miami Book Fair International this coming November 16-18.  More than 200 publishers and booksellers will join this year’s fair. ReadersMagnet is excited to set up its booth and promote their published titles during the weekend Street Fair. This is the first time that ReadersMagnet will join one of United States’ oldest and grandest book events. Readersmagnet’s team of publishing and marketing experts are proud to showcase its authors and share their stories with the world. Sign up with us for the 2018 Miami Book Fair International and be part of the grandest book fair in the United States. Contact us at 1-800-805-0762 | 619-354-2643 or click the button below
CLICK HERE TO GET STARTED!