COVID-19 Recoveries Around the World 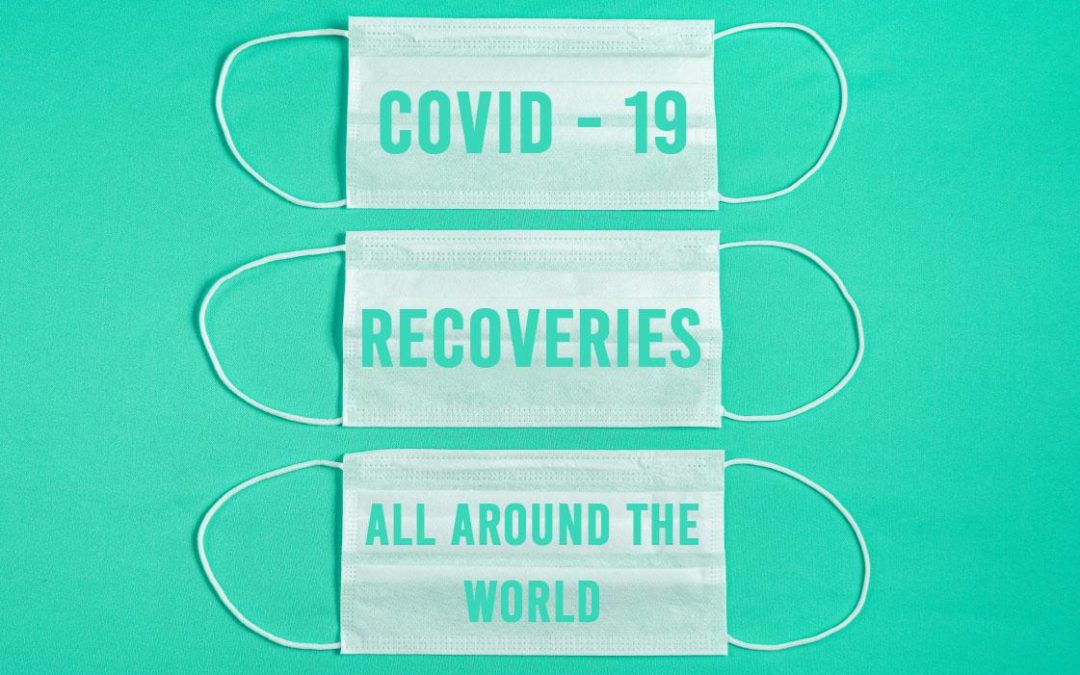 The coronavirus disease 2019 (COVID-19) is becoming more and more widespread every day, affecting now almost every country in the world. COVID-19 is a highly infectious respiratory disease caused by a new coronavirus that was first discovered in the city of Wuhan in the province of Hubei, China in December 2019. Its symptoms usually consist of exhaustion, fever, dry cough, runny nose, sore throat, and shortness of breath. These symptoms may appear two to fourteen days after a person has been exposed to the virus. In some cases, the disease may be asymptomatic – a person carries the virus, but shows no symptoms at all – thus making it more difficult to track down carriers.

Because COVID-19 is highly infectious and can be asymptomatic, governments and health organizations around the world are now struggling to contain the rapid spread of the disease. Many countries and cities have now imposed lockdown and community quarantine. Travel has also been highly restricted, especially in worst-hit countries like China, Italy, and the United States. Award shows, book events, musical festivals, sports games, and any other public gatherings have been cancelled around countries as well. Numerous businesses are likewise struggling to maintain their operations.

As of 25 March 2020, there were already around 423,300 cases of COVID-19 worldwide. About 18,900 deaths have been recorded, while over 109,000 people have recovered from the disease. Recovery rate differs from country to country, however. Below are some of the things that you need to know about COVID-19 recoveries.

So far, the worst-affected countries of this COVID-19 pandemic are China, South Korea, Italy, France, Germany, Spain, United Kingdom, Iran, and the United States. In China, where the virus began, more than 70,000 people have already recovered from the virus, nearly 59,000 of which were in the Hubei province. In Wuhan, the epicenter of the outbreak, nearly 31,000 recoveries have been recorded. Makeshift hospitals that were set up in the city to treat coronavirus patients had been shut down since the first week of March, as the number of new infections in the country have been on a downward trend for several weeks.

In South Korea, the country with the highest number of COVID-19 cases in Asia after China, a total of 3,730 coronavirus patients were released from quarantine as of 25 March, after making full recovery from the virus. The rapid ability of the South Korean government to test and isolate patients and possible carriers seems to have flattened the curve in the country for now.

In Italy, the total number of COVID-19 cases have reached approximately 74,300, making it the worst-affected country in Europe. The number of people who recovered from the virus topped 9,300 as of 25 March, while the number of deaths reached 7,500. Since the second week of March, the number of coronavirus deaths in Italy has been exceeding that of China, causing its mortality rate to reach higher than the average 3.4 percent global mortality rate from the disease.

Likewise, in Spain, the mortality rate from COVID-19 has kept on increasing since the beginning of March. As of 25 March, there are already around 49,500 confirmed coronavirus cases in the country, making it the second worst-hit in Europe. Despite a strict lockdown in recent weeks, the outbreak continued to overwhelm the Spanish territory, with its death toll reaching to over 3,600. Of its confirmed cases, a total of 5,367 people have recovered from the disease.

In France, the number of COVID-19 cases already crossed 20,000. Around 6,700 of these cases are registered in the Paris region, which is most touched by the outbreak in the country. As of 24 March, 862 people out of the 20,000 infected in France had died, while 2,207 have recovered. As a precautionary measure, the French government has temporarily banned all public gatherings in the country and closed public spaces, including the popular Louvre Museum in Paris.

Similar to its neighbor France, Germany has also banned all public gatherings in its territory in order to prevent the spread of coronavirus. As of 25 March, nearly 34,000 COVID-19 cases have been confirmed in the country. Its mortality rate remains relatively low at 0.5 percent, however, compared to its similar European countries like Italy and France. Of its almost 34,000 patients, around 1,000 are being treated in intensive care units, while nearly 4,000 are receiving treatment at hospitals.

In Central Asia, Iran is considered the hardest-hit country by the coronavirus with a total of 27,017 infected people as of 24 March. Of this figure, more than 2,077 had died, while more than 9,600 are reported to have recovered. Several Iranian health officials, however, are skeptical about the real statistics of the outbreak in the country. According to one Iranian health ministry, particularly, on average, 50 people contract the virus in the country almost every hour. This means that the fatality rate is six people every hour. With this, many people in Iran believe that the real tally of COVID-19 cases and deaths in the country is higher than the government admits.

The United States has the third largest number of coronavirus cases in the world with a total of 66,048 confirmed cases as of 25 March. Of these cases, 944 had already died, while only 394 have recovered. Currently, the hardest challenge to American authorities is on how to contain community spread, especially since there are not enough test kits available across states. Since the infection cases surged during the second half of February, the American government has been implementing various preventive and containment measures, including travel restrictions and emergency spending package.

What happens after recovery?

Besides knowing the recovery rate of COVID-19 across countries, many people are also concerned about the possible upshots of recovery. There has been a discussion on whether or not coronavirus patients remain infectious after recovering.

According to a small study conducted in China, traces of the new coronavirus can persist in the body for up to two weeks after symptoms had disappeared. During this period, common symptoms such as coughing and sneezing are no longer present in a patient, and the potential means of transmission are much reduced. Contrary to these findings, however, a study published in The Lancet medical journal found that in some patients, the virus can live in the respiratory tract for as long as 37 days or more than five weeks – this is well above the average of 24 days for patients with critical disease status. This result basically implies that the risk of infection can persist longer than the 14-day self-quarantine period followed in many countries.

In terms of whether or not patients can catch COVID-19 a second time, health experts are not yet quite certain about the answer. Generally, catching a coronavirus makes a person immune to repeat infection, at least for a time. However, doubts on whether or not such generalization applies to the new coronavirus have been surfacing due to several repeat cases in countries like Japan and South Korea. In China, particularly, a study conducted in Guangdong province found that 14 percent of COVID-19 patients had retested positive even after their recovering period.

Nonetheless, for some experts, it is still too early to jump to conclusions. At this point, experts do not have a lot of information about this new coronavirus yet. They are still learning more about its nature and possible treatment. Even so, one thing is becoming more and more certain now: although the disease is highly infectious, people need to worry less because the possibility of recovering from COVID-19 is generally high as well.