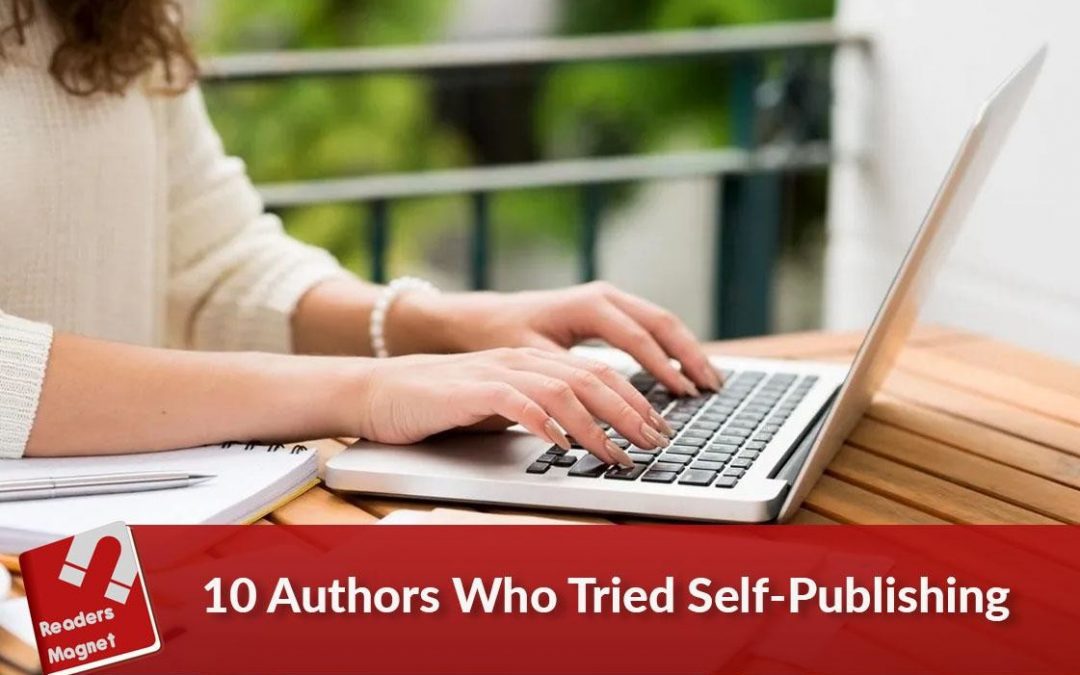 Self-publishing is the publication of one’s book without the aid of any established publishing house or company. While publishing your own books is now an option for most aspiring authors who don’t want subject their work to the standards and arrangements set by traditional publication, for some it was the only recourse for their literary piece to see publication. Regardless of the motives or circumstances for publishing books, these authors chose to carve their names in the literary world with nothing but their precious narratives.

Anyone who has the courage to drive across the country, leave copies of his books in bookstores along the way, pretty much deserves a spot in our short list. Redfield first self-published The Celestine Prophecy in 1993. Before being noticed by a major publication house, the book sold 100,000 copies straight from the trunk of Redfield’s Honda Accord. It became a best-seller for more than two years and has sold more than 20 million copies so far.

We appreciate aspiring authors who put a premium on accuracy and deep-research. The Martian by Andy Weir was a product of an intensive research not only about astronomy and manned space flights but also included orbital mechanics and the aerospace industry as well.  Before the success of the motion picture starring Matt Damon, the sci-fi piece first garnered attention after Weir published chapters of the book on his website for free. After many fan requests, he later decided to publish the novel via Amazon Kindle for 99 cents and the rest is history.

Before becoming one of America’s most revered poets, essayist and journalist Walt Whitman self-published his classic collection of poems, Leaves of Grass. The first edition of this timeless piece printed in late 1855, only contained 12 poems. He personally typed all the entries as well as designed the book cover. During the span of 40 years, it went numerous editions, the latest contained over 400 entries. This is proof that independently publishing books are a stepping stone for building a career and legacy as well.

First published in 1931, Rombauer’s masterpiece continues to nourish readers not only with its rich recipes but also with the comprehensive knowledge of the kitchen world. From cooking techniques, cutting skills, food handling and preservation, down to the table set up and preparing on-the-go meals, The Joy of Cooking remains the most essential cookbook of the 20th century.

Any literary work that inspires a critically and commercially successful movie adaptation is definitely worth reading. Still Alice was first published via the Indiana-based independent publishing company, iUniverse in 2007.  A medical drama about a psychology professor suffering the early onset of Alzheimer’s disease, the book was adapted into a motion picture starring Academy Award-winning actress Julian Moore.

Self-publication is all about taking matters into your own hands and Christopher Paolini’s Eragon is all about that. From literally writing the draft by hand to drawing the book cover as well as the maps inside the book to handing copies of its first edition to schools, libraries, and bookshops, Paolini stood by his precious narrative. Eragon was first published by Paolini’s parents who owned a home-based publishing company called Paolini International. Today, Eragon has sold millions of copies, spawned into a series and has since generated a movie adaptation.

Hugh Howey is one of the most successful self-published authors since John Locke and E.L. James. Howley began publishing books in 2011 with Wool, a post-apocalyptic stand-alone short story. Choosing to self-publish rather than be constrained with traditional publishing, Howley released four more sequels via Amazon’s Kindle Direct Publishing.  The sci-fi series’ rising popularity eventually caught the eye of American publishing company Simon &Schuster which inked him half a million dollar for a print-only agreement.

It’s hard not to include the self-published author who made millions publishing her books online without the help of any marketing agent or traditional publication company. Amanda Hocking forever changed the self-publishing landscape. Switched, the first book of her famous Trylle Trilogy, catapulted Hocking to literary superstardom.  Today, Amanda Hocking has numerous eBook bestsellers under her belt.

Discussing Amanda Hocking’s success story in self-publishing books, The Guardian declares: “When historians come to write about the digital transformation currently engulfing the book-publishing world, they will almost certainly refer to Amanda Hocking, writer of paranormal fiction who in the past 18 months has emerged from obscurity to bestselling status entirely under her own self-published steam.”

Our list wouldn’t be complete without the man who pioneered the short list of authors who sold a million copies. John Locke is the first self-published author to sell one million eBooks. He owes his success largely to his thriller series, Donovan Creed with over 1.5 million eBook sales. Aside from online success, Locke recently became a New York Times bestselling author through his work Saving Rachel.

ReadersMagnet chose not to include some famous names that repeatedly appear in other lists of self-published authors. Mark Twain was already an established writer when he self-published his two famous books while Edgar Allan Poe paid Calvin F. S. Thomas to print and publish Tamerlane in 1827. Poe decided not to attach his name as its author and the book never gained that much recognition even to date. Grisham’s and Clancy’s supposedly affair with self-publishing books never actually happened.