The history of self-publishing did not start with publishing books. 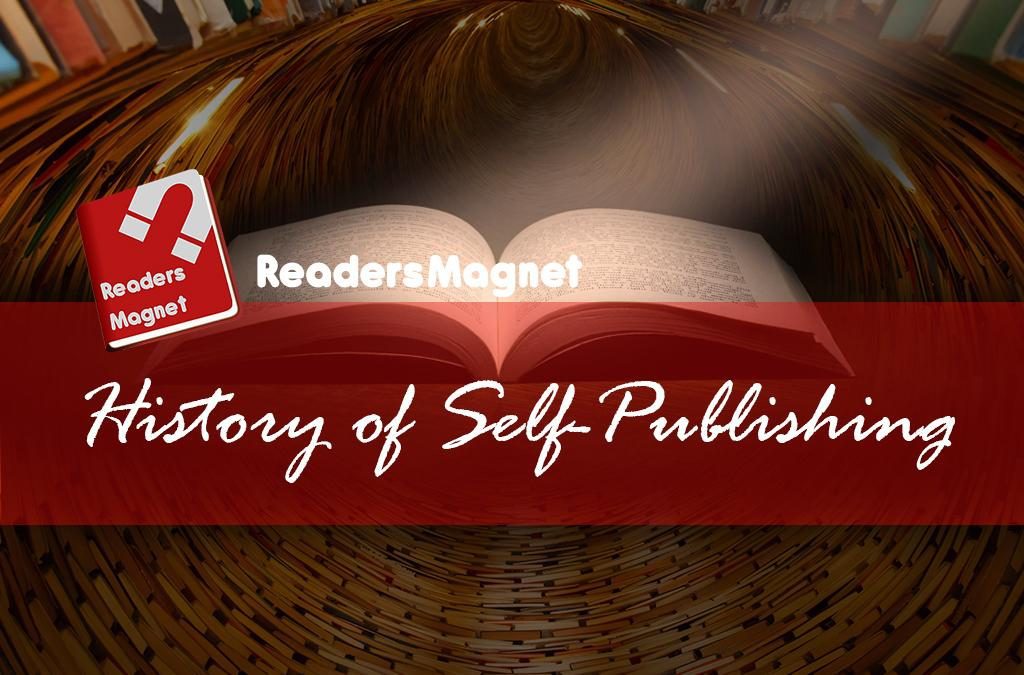 It dates back into 30,000 B. C. where men did not have quills or any writing tools. Recording experiences and visions through painting symbols and figures were the early forms of self-publishing.

These early methods of expressing were evidenced by the cave paintings and inscriptions on clay found in Chauvet Cave in France and pottery jars in Egypt. Over time, ancient civilizations created their own system of writing starting with pictographs and symbolism representing sounds which later developed into syllables and alphabets. These early writings carved in stones, clay tablets, leaves, and later in scrolls with the invention of paper in 105 A.D. Publishing ideas took a leap with the discovery of printing in 868. The Diamond Sutra, a woodblock printing on a scroll of paper is one of the earliest examples of paper printing with an exact date printed on the sheet. In 1455, German blacksmith and inventor Johannes Gutenberg forever changed the idea of publishing and the course of human history by completing his 42-line Bible that would be forever known as the Gutenberg Bible. Using his printing press using text copper engravings, he produced 180 copies printed on paper. This feat enabled ideas to spread faster and reached thousands by printing multiple copies in just a short period. Mass reproduction became the new definition of publishing. This is one of the first examples of self-publishing mass copies and print-on-demand. 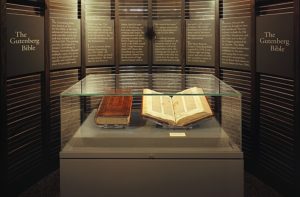 A copy of the Guttenberg Bible displayed in Harry Ransom Center, University of Texas in Austin.

By the turn of 18th century, publishing became synonymous with traditional publishing houses. Hundreds of publishing companies emerged over time. Publishing became a political tool and saw the rise and fall of nations, no thanks to propaganda ushered by these mass printouts. In 1731, 1776 – The self-published book Thomas Paine anonymously printed the Common Sense. It sold 100,000 copies within three months. It became the best-selling work of the 18th century. Soon after thousands of other books were published and shaped various ideas and literature became available to almost everyone. By 1899 to 1967 the magazines started emerging. Some of them still exist today. Magazines such as the National Geographic, Reader’s Digest, The New Yorker, Newsweek, Seventeen, Playboy and Rolling Stone all released their first issues during this time period.

The publishing industry took another leap with the evolution of digital technology.

This enabled the rise of self-publishing. Publishing one’s work was made easy with just a few touches of the computer keyboard. Marketing books online with the help of websites increasingly gained popularity as well. According to Shatzkin,

“But what is always true is that the Web site is the one piece of digital real estate the author can actually own, which is not subject to some change in rules or process that will affect its discovery in search or the ability to use it for any purpose of the author’s choosing.”

The fast-paced development of the digital world saw the rise of Social media sites like Facebook and Twitter which conquered the Internet. Blogging and bloggers became more popular. It allowed ordinary individuals to be heard by the Internet community. Software companies like Apple and Google launched iPhone and Android while Amazon released Kindle, allowing readers to read using their tablet and later on allowing authors to publish their works via Kindle Direct Publishing. It was also around this time that Print-on-demand scheme rose, allowing books to be printed one at a time, forever changing the face of print publishing. 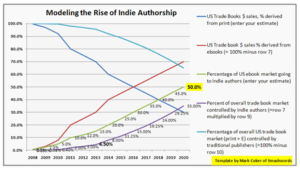 The rise of self-published books in the United States in the past years.

Since late 2000s, there has been a steady rise in self-published books. According to Publishers Weekly, in 2009, 764,000 books were published through the self-publishing scheme. Today, publishing is accessible almost by anyone with access to computers. Indeed, we have come a long way from painting figures and symbols to tell stories and express ideas. ReadersMagnet Self-Publishing commits itself in helping aspiring authors share their stories with the world and make sure that these stories get the recognition they rightfully deserve. Publish with us and be part of the rich history of publishing. Contact us at Office Number: (619) 354 2643 Toll Free Number: (800) 805 0762 or email us at info@beta.readersmagnet.com