READERSMAGNET IS EXCITED FOR ITS SECOND SHARJAH BOOK FAIR 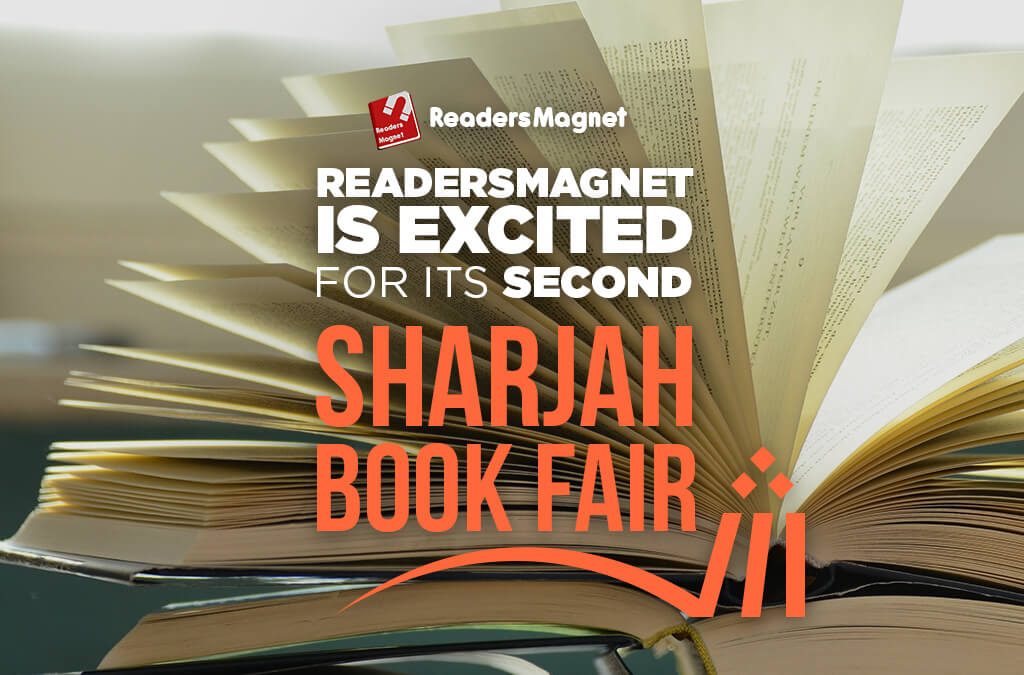 Excitement is brewing as ReadersMagnet is preparing for its second straight year of participation in the annual Sharjah International Book Fair to be held in Sharjah, United Arab Emirates. The eleven-day affair will run from October 31 up to November 10, 2018. Readersmagnet will be among the 2,000 publishing houses to display over 80, 000 titles at the 37th Sharjah International Book Fair.There are plenty of reasons why everyone, including Readersmagnet, is excited to finally fly to the biggest and most important literary event in the Arab world.

Early this month, the organizers announced that UAE ambassador Omar Ghobash, Algerian novelist Ahlam Mosteghanemi, Palestinian poet Ibrahim Nasrallah, Indian composer L Subramaniam, and British Sunday Times Bestselling business author Emma Gannon are among the 472 expected guest writers and speakers to grace the event. Omar Ghobash is the author of the bestselling book Letters to a Young Muslim. The book is a collection of essays written as letters to his eldest son. It has since enjoyed critical and commercial success since its publication last year. Ibrahim Nasrallah is not only a poet. He is also a published author and a famous personality in both the academe and in major newspapers in the Arab world. Ahlam Mosteghanemi, one of the most influential figures in Arab literature is expected to share her wisdom with young writers and the audience in general. This diverse guest list is accompanied by the new participants joining the fair from various parts of the globe including Argentina, Ghana and South Korea.

Sharjah Book Fair will feature an Asian country as this year’s guest of honor- Japan. Japan’s pavilion will display the country’s great novelists, its wealth of traditional cuisine and its unique Japanese music. The participants will be treated to a rich cultural tour given Japan’s interesting history and heritage.

Aside from Japan taking center stage in Sharjah Book event, Egypt will also share the limelight by sending in 279 delegate publishers, perhaps the largest contingent for this year’s annual literary gathering. Host UAE will send 150 publishers as well.

Indeed, with each passing year, the Sharjah International Book Fair is growing. Now on its 37th year, the third largest book fair is expected to impress not only the Arab-speaking community but the world as well. With less than a week to go, ReadersMagnet is both excited and honored to be part of this momentous literary event yet again.